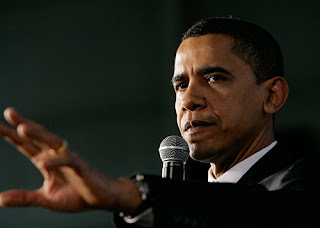 ABOVE HIS PAY GRADE??
May come back to bite the ObamMessiah

Asked at what point a baby gets “human rights,” Obama, who strongly supports abortion rights, said: “… whether you’re looking at it from a theological perspective or a scientific perspective, answering that question with specificity … is above my pay grade.”

He went on to reiterate his view that it was important to reduce the number of unwanted pregnancies.

Republican presidential candidate John McCain, who followed Obama onto the stage of the nationally televised event, was more blunt and more emphatic.

He said a baby’s human rights began “at the moment of conception … I have a 25-year pro-life record.”

Both candidates were vying for the “faith vote,” in particular the one in four U.S. adults who count themselves as evangelical.

Obama took questions first from Warren and McCain followed. The two shared the stage together briefly.

Some centrist evangelicals have said they appreciate moves by the Democratic Party to “soften” the edges of its pro-choice stand by stressing the need to reduce the number of unwanted pregnancies and abortions — and by also working harder in areas like adoption.

But for many conservative evangelicals — a key part of the evangelical base — life begins at conception and the argument ends there.

The issue remains one of the most divisive and partisan in America — as Obama and McCain highlighted on Warren’s stage. 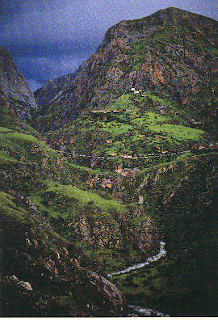 LEST WE FORGET!
AMIDST THE OLYMPIC GLITTERATI,
OPPRESSION IS THE WORD OF THE DAY
FOR MOST

Leading Chinese intellectuals and writers released a petition today that appeared on several websites in Chinese, entitled 'Twelve Suggestions for Dealing with the Tibetan Situation'. It is a significant indication that Chinese voices are being raised in China in response to the way Beijing has handled the protests that began on March 10. An English translation is published below.

The letter, demonstrating great courage among its 29 signatories, strongly urges the Chinese government to "stop the violent suppression" in Tibet, and appeals to the Tibetan people likewise not to engage in violent activities. It also urges the Chinese government to end the propaganda and news blockade, saying: "The one-sided propaganda of the official Chinese media is having the effect of stirring up inter-ethnic animosity and aggravating an already tense situation. This is extremely detrimental to the long-term goal of safeguarding national unity."

The signatories include Chinese writers Wang Lixiong, Liu Xiaobo and Yu Jie, Professor Ding Zilin, of the pressure group Tiananmen Mothers, as well as other scholars, and several lawyers and artists.

The leading intellectuals point out that the demonstrations in the late 1980s which led to the imposition of martial law in March 1989, presided over by China's top leader Hu Jintao, were limited to Lhasa, while the protests of the past 10 days have spread across Tibet. The writers says: "This deterioration indicates that there are serious mistakes in the work that has been done with regard to Tibet. The relevant government departments must conscientiously reflect upon this matter, examine their failures, and fundamentally change the failed nationality policies."

The letter urges dialogue between Chinese leaders and the Dalai Lama, so as to "eliminate animosity and bring about national reconciliation", and appeals for calm and reflection among Chinese people in China.
Posted by Leslie at 10:26 PM No comments: