We will have decorum, whilst the slaughter continues! 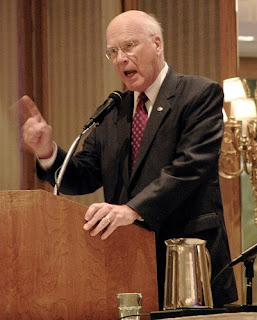 Senators charged with vetting Supreme Court nominee Sonia Sotomayor drew their lines Monday morning on what impact life experience should have on judicial decisions, even as a top Republican admitted her confirmation is likely to sail through the Democrat-controlled U.S. Senate.

Republican senators turned their sights on Judge Sotomayor's statements in public speeches about how a "wise Latina" woman would make better judgments than a "white male," arguing that anyone who allows personal experience to blur neutrality should be rejected for the bench.

Still some of her sharpest critics acknowledged the political reality of Democrats holding a major edge in the Senate.

"Unless you have a complete meltdown, you're going to be confirmed," Sen. Lindsey Graham, South Carolina Republican, told Judge Sotomayor.

"I would like for the sake of the Senate itself not to be a party-line vote," Mr. Leahy said when asked about Mr. Graham's comment. "She's going to be confirmed."

President Barack Obama has highlighted the hard upbringing and legal success of his first nominee to the Supreme Court, Judge Sotomayor, at the center of his pitch to the 100 senators who will decide whether to confirm her as the first Hispanic female to the bench.